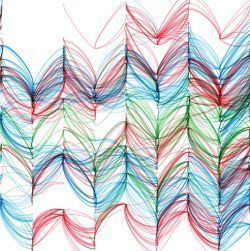 Computation has become a standard tool in just about every academic field. Whole subfields of biology, chemistry, physics, economics and others are devoted to large-scale computational modeling, simulations, and problem solving.

As we solve larger and more complex problems with greater computational power and cleverer algorithms, the problems we cannot tackle begin to stand out. The theory of NP-completeness helps us understand these limitations and the P versus NP problem begins to loom large not just as an interesting theoretical question in computer science, but as a basic principle that permeates all the sciences.

Really interesting discussion of P=NP at ACM Magazine -- where are we at now, and what's going to happen to the problem?

Edit: This article was current until this:

Note: Slideshare embeds appear to be broken, so you'll have to go direct here.

via slideshare.net
via bigthink.com

The really short answer is that computers do not have two kinds of storage any more.

It used to be that you had the primary store, and it was anything from acoustic delaylines filled with mercury via small magnetic dougnuts via transistor flip-flops to dynamic RAM.

And then there were the secondary store, paper tape, magnetic tape, disk drives the size of houses, then the size of washing machines and these days so small that girls get disappointed if think they got hold of something else than the MP3 player you had in your pocket.

And people program this way.

They have variables in "memory" and move data to and from "disk".

Take Squid for instance, a 1975 program if I ever saw one: You tell it how much RAM it can use and how much disk it can use. It will then spend inordinate amounts of time keeping track of what HTTP objects are in RAM and which are on disk and it will move them forth and back depending on traffic patterns.

Well, today computers really only have one kind of storage, and it is usually some sort of disk, the operating system and the virtual memory management hardware has converted the RAM to a cache for the disk storage.

What happens is this: Squid creates a HTTP object in "RAM" and it gets used some times rapidly after creation. Then after some time it get no more hits and the kernel notices this. Then somebody tries to get memory from the kernel for something and the kernel decides to push those unused pages of memory out to swap space and use the (cache-RAM) more sensibly for some data which is actually used by a program. This however, is done without squid knowing about it. Squid still thinks that these http objects are in RAM, and they will be, the very second it tries to access them, but until then, the RAM is used for something productive.

This is what Virtual Memory is all about.

If squid did nothing else, things would be fine, but this is where the 1975 programming kicks in.

After some time, squid will also notice that these objects are unused, and it decides to move them to disk so the RAM can be used for more busy data. So squid goes out, creates a file and then it writes the http objects to the file.

Here we switch to the high-speed camera: Squid calls write(2), the address i gives is a "virtual address" and the kernel has it marked as "not at home".

So the CPU hardwares paging unit will raise a trap, a sort of interrupt to the operating system telling it "fix the memory please".

The kernel tries to find a free page, if there are none, it will take a little used page from somewhere, likely another little used squid object, write it to the paging poll space on the disk (the "swap area") when that write completes, it will read from another place in the paging pool the data it "paged out" into the now unused RAM page, fix up the paging tables, and retry the instruction which failed.

Squid knows nothing about this, for squid it was just a single normal memory acces.

Squid now uses this RAM for something else but after some time, the HTTP object gets a hit, so squid needs it back.

First squid needs some RAM, so it may decide to push another HTTP object out to disk (repeat above), then it reads the filesystem file back into RAM, and then it sends the data on the network connections socket.

Did any of that sound like wasted work to you ?